One word for Canada Day.

Toronto has a way of doing that.

On the way to the baseball game, these are the Canadian moments we saw. 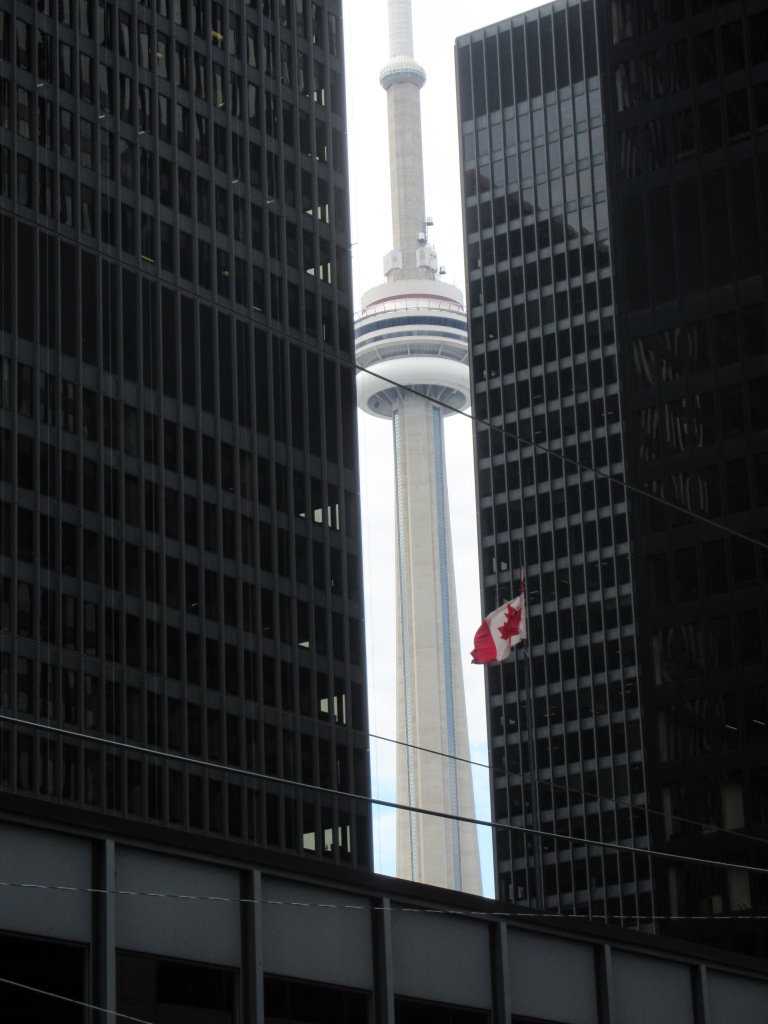 And what brought tears to my eyes, was a parade we stumbled upon put on by immigrants and refugees to Canada. People who have chosen to make Canada their home. 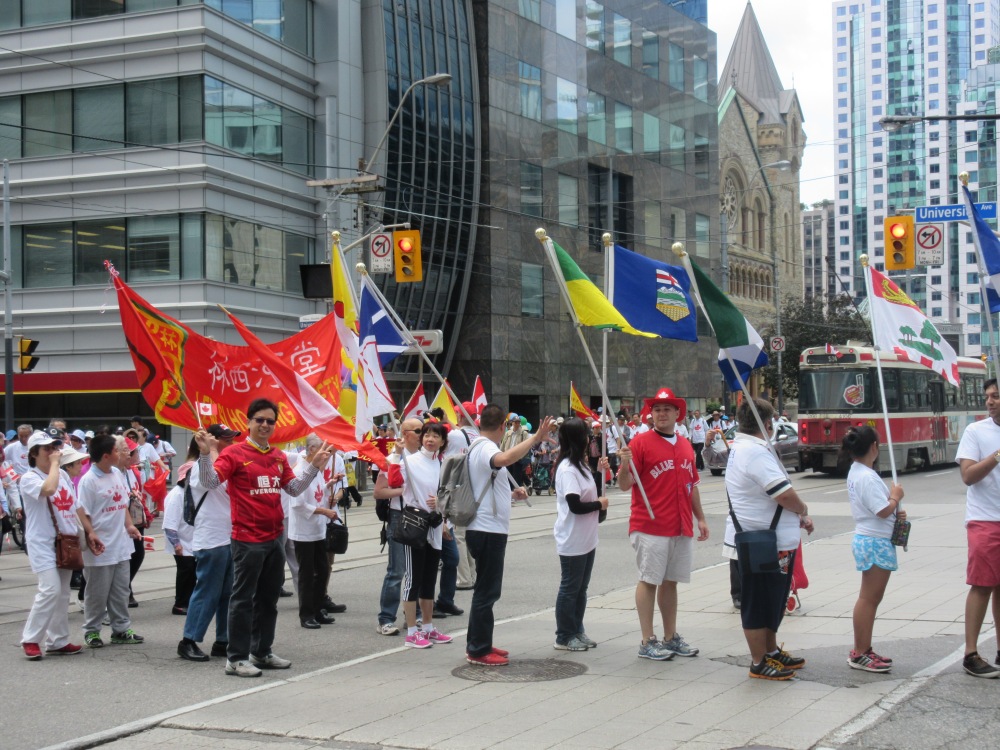 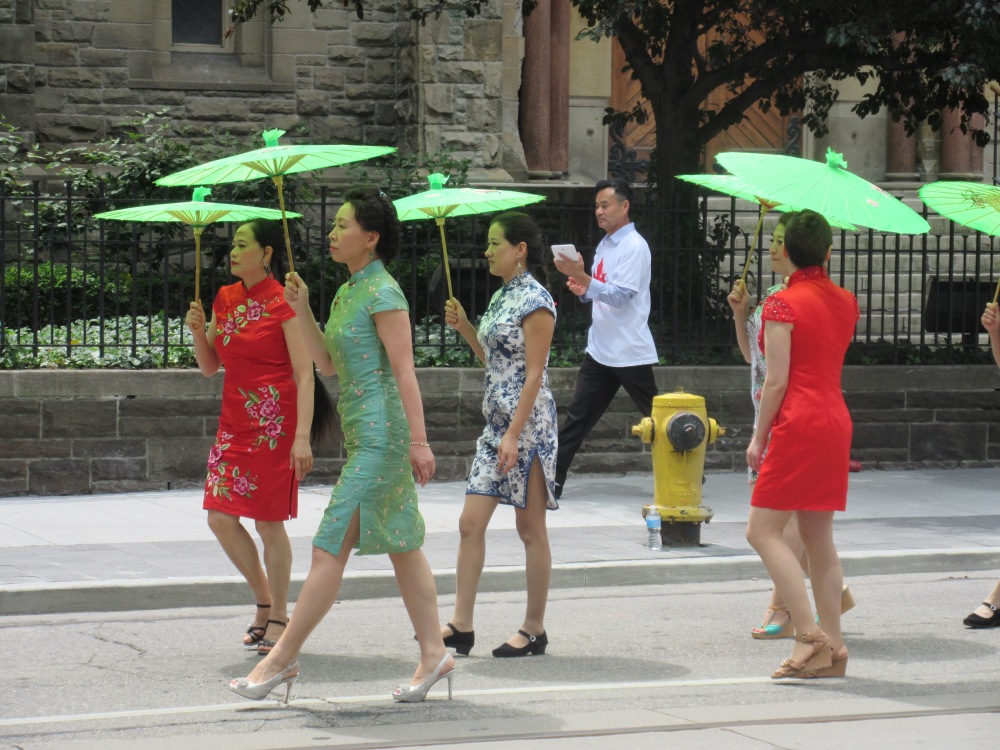 And then a baseball game that was so much more than a baseball game. A place to celebrate Canadian heroes as they unfolded our flag. It was one of those I won’t forget moments. 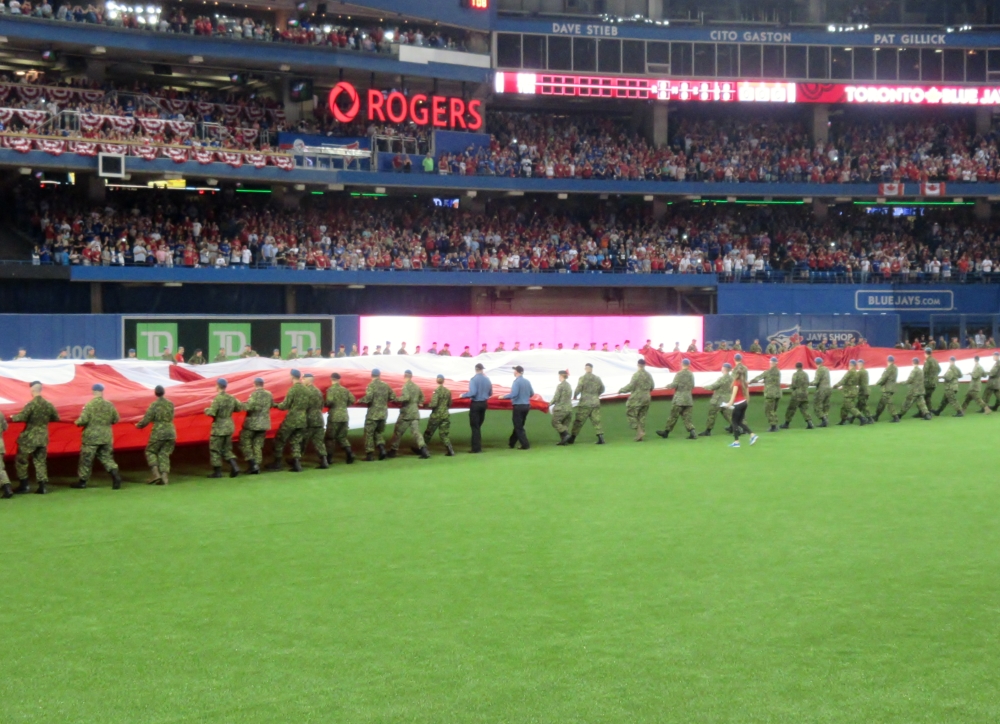 And even the moon was celebrating in all its light. 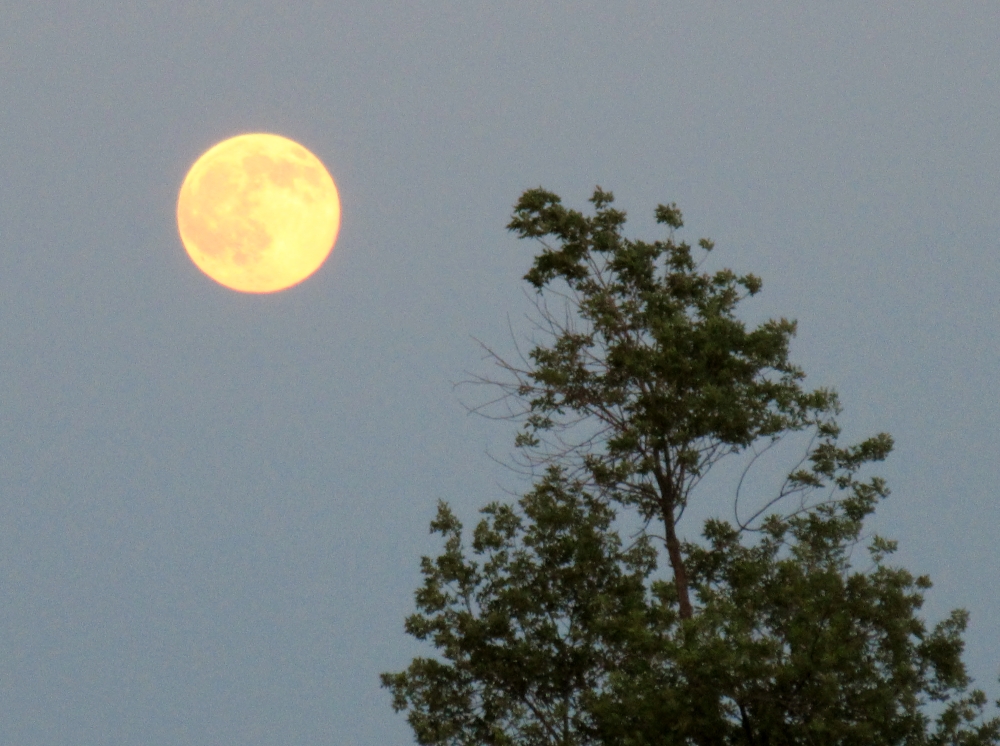 Happy belated Canada Day to all. And for those of you who haven’t visited, do come. It is worth the trip.

It was my husband’s birthday which means only one thing, baseball. He is addicted to baseball and (please don’t hold this against me) the Red Sox. And the birthday gods were shining upon him as the Red Sox were in town to play the Blue Jays which means seats that are available and affordable (unlike Fenway in Boston – sorry Bostonians). 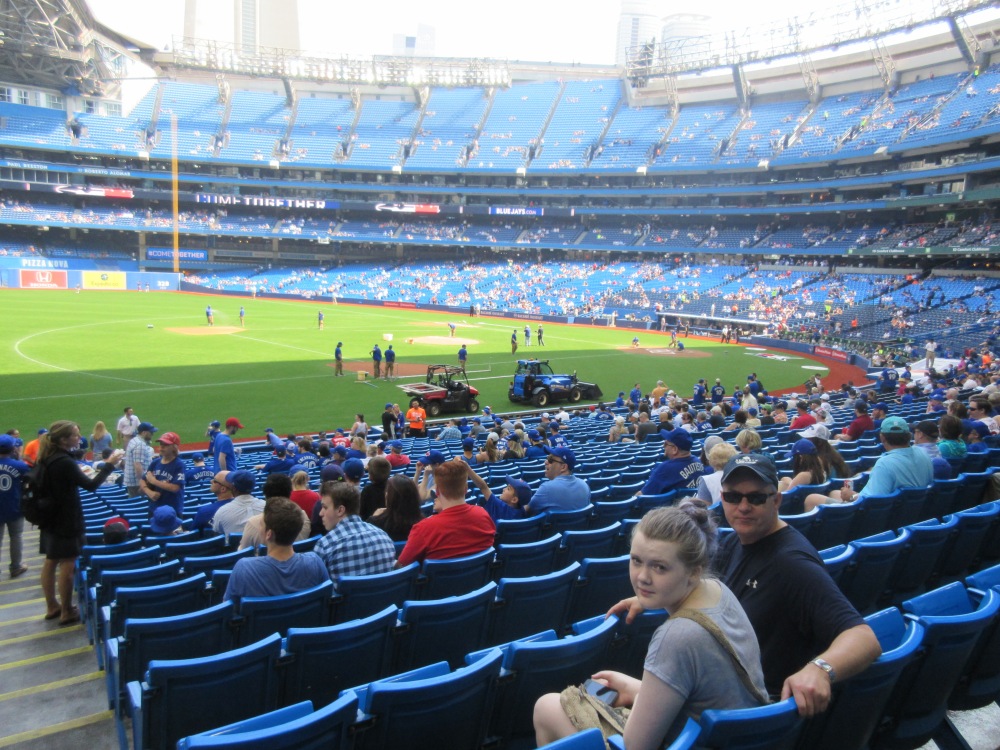 Jade is a Blue Jays fan and Chris is a Red Sox fan. They agree to disagree. Jade came out the winner this time.

What Do Baseball and Airlines Have In Common?

Entering a baseball stadium is like getting on a plane.

You go through security. You pray that your electronic ticket works. You struggle to look for your seat for fear of getting settled in only to learn that you haven’t found it yet. You drag a bunch of crap with you only to have nowhere put it. You make a list of the pros and cons of the aisle seat versus the others only to learn you chose wrong. You spend a lot of time getting up and down to let others out only to the annoyance of others around you. You hope to God you get a polite seat mate beside, in front and behind you who stays within his or her boundaries. You can’t afford to eat. You can’t afford to drink but you do anyways, especially if you are the nervous or partying type. You eye those who have to work as they go up and down the aisle, secretly feeling sorry for them, at the mercy of those who sit and demand their attention. You pray to (insert your choice) for a successful outcome and give that sigh of relief when your prayer is answered.

What Could Airlines Learn From Baseball?

So cheers to many home runs as you fly around the world, exploring from base to base. I hope you don’t strike out in your choices. Need some advice?  Just ask and I will coach you along the way.

What do you think? Should the airlines consider and take on some of these baseball routines?

In the meantime, I will continue to be a huge fan of baseball as I go to people watch, the audience, that is. 🙂

What? After all the places you have now been, you still said Boston was your favourite destination. How could that be? Well, it often is the memories of trips we had when we were younger that stand out so maybe that is why? I like the city but would still pick New York or San Francisco over Boston as a favourite American city but each to their own. However…we have had a lot of great family memories in Boston and so here are some visuals that clearly resonate with Chris and me as to why this city is so special. 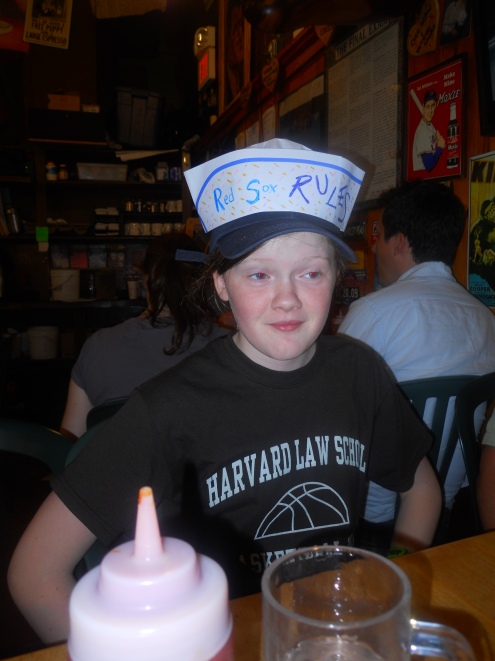 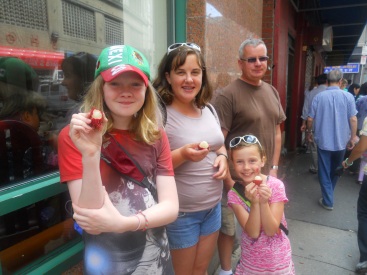 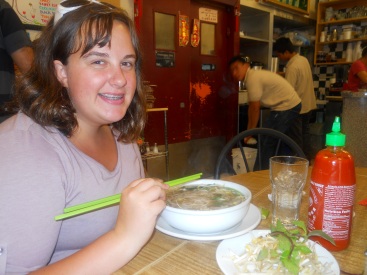 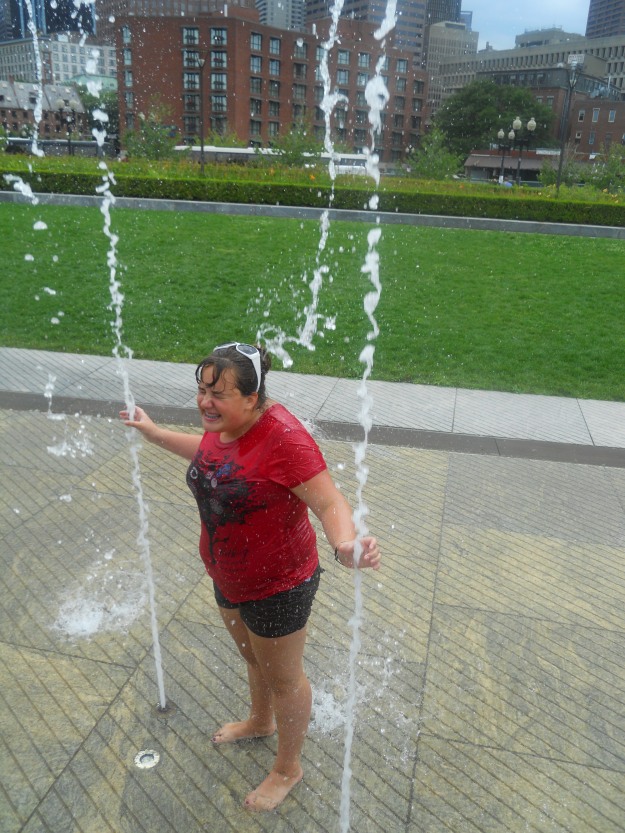 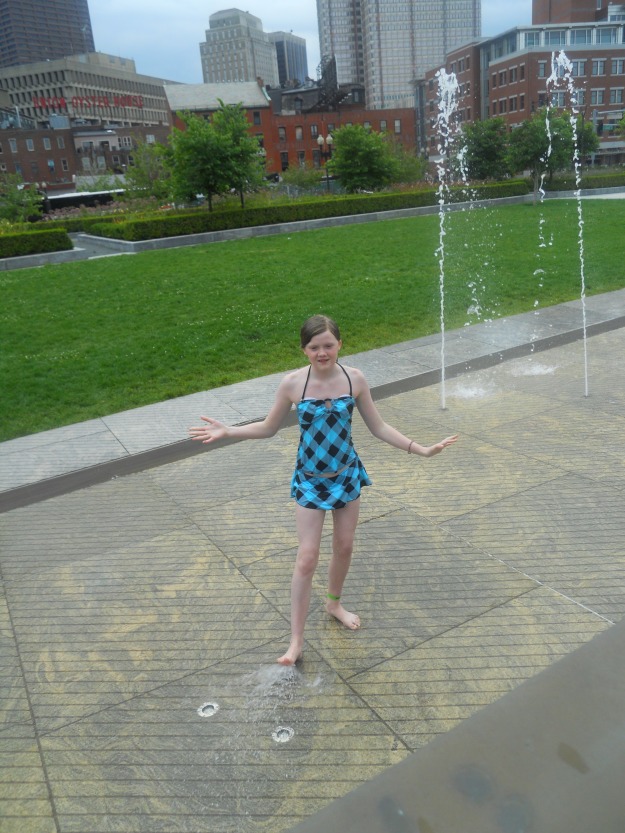 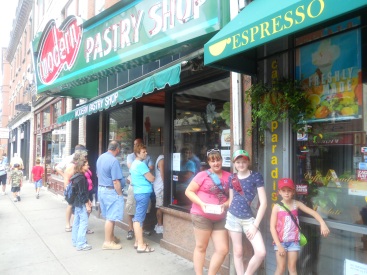 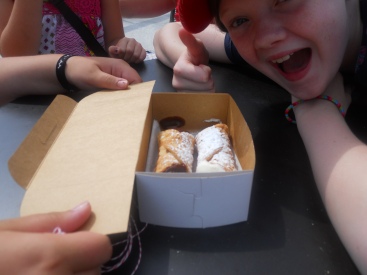 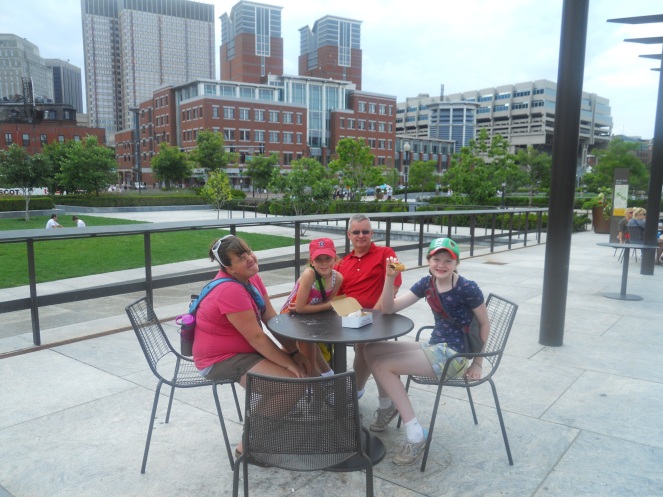 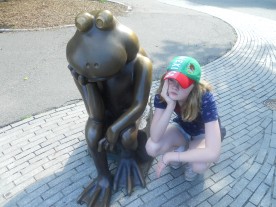 Follow four camels and a coffee to go on WordPress.com

Mostly Travel Stuff With A Little Parenting, Teaching and Humour Thrown In

Months of Many Moments